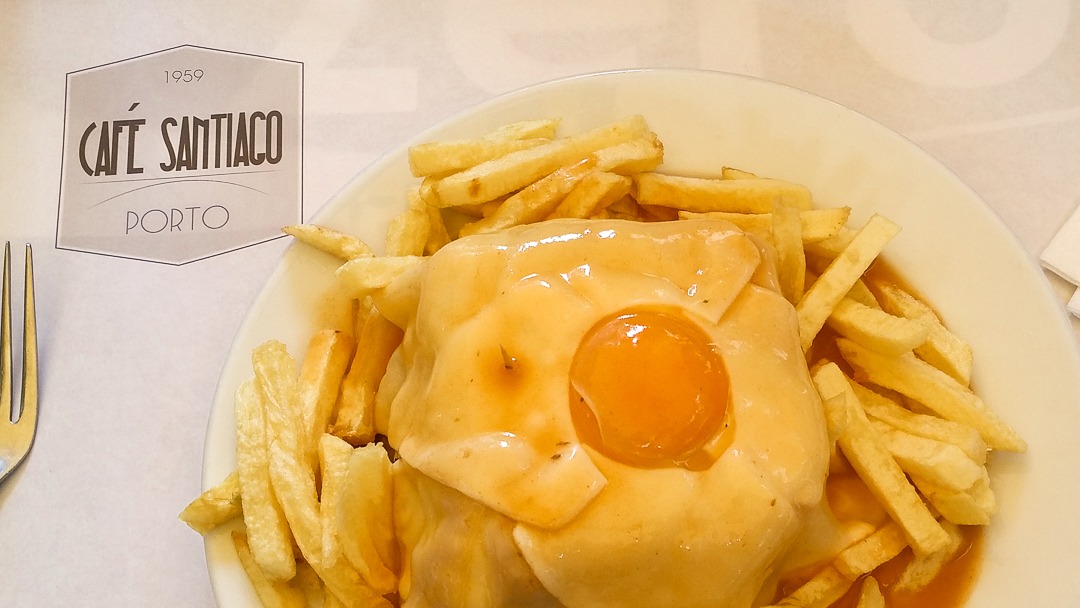 Isn’t the best of travelling to try different food and flavours? Well, most of the time, because sometimes the local dishes can be a bit too weird. This is a list of five Portuguese delicacies that can surprise you a little bit. Will you try anyway or just settle for a hamburger? Let me know what you think of these unusual foods from Portugal.

This sandwich from Porto full of meat, sauce and cheese is far from a healthy choice, but isn’t a holiday the time to show yourself some mercy? As the name suggests it is based on a French dish, the croque monsieur. The francesinha recipe will vary from place to place, but these are more or less the general ingredients: sausage, linguiça (a smoke-cured pork sausage seasoned with garlic and paprika), wet-cured ham, lunch meat, steak and melted cheese. Then the whole thing is covered in a thick sauce made of tomato, beer and piri-piri. On top goes a fried egg and whatever space is left on the plate is filled with French fries. Dare to try it? Porto is the francesinha capital, but you can find them in more places in the North of Portugal or big cities like Lisbon and Coimbra. Click through this library to find the best of Portugal.

They look a bit like the claws of an unfriendly creature. Perhaps that’s why the goose barnacles – so loved by the Portuguese – are not so tempting for the average tourist. You will find this seafood delicacy in coastal towns all through the country and the islands, but Vila do Bispo in the Algarve is considered the percebes capital. Other much appreciated places to eat them are the Peniche area and Nazaré, in the Centro region. To eat them just hold the ‘nail’ of the barnacle between your fingers and bite of the meaty part. The best months to eat percebes are March, June, September and December. 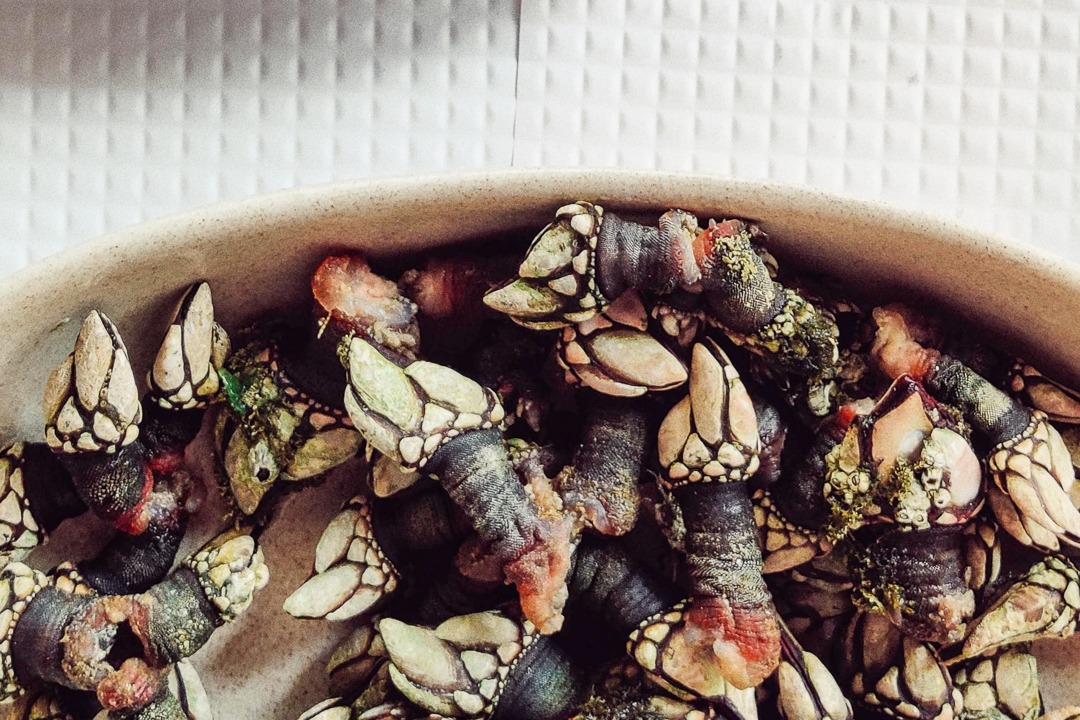 Fishermen have to withstand a rocky wild coast with a turbulent ocean to get to the goose barnacles, an activity that is not without risks nor accidents. Watch this video to learn more about that:

Many people shudder at the thought of eating tripe, but at the same time there are plenty of countries in the world where tripe dishes are considered a delicacy. Scottish haggis and the French andaouillette sausage are well-known examples. In Portugal animal stomach is used commonly in the production of cured, dry sausages (enchidos), but in the north there’s also a dish having tripe as a main ingredient. It’s called dobrada and consists of cooked pieces of tripe, white beans and carrot. A similar recipe, but with a variety of meats added to it, is Tripas à Moda do Porto. Even the Portuguese are divided on the taste of this typical plate from the city of Porto. If you want to decide for yourself try it in restaurant Líder, O Gaveto or O Pombeiro. 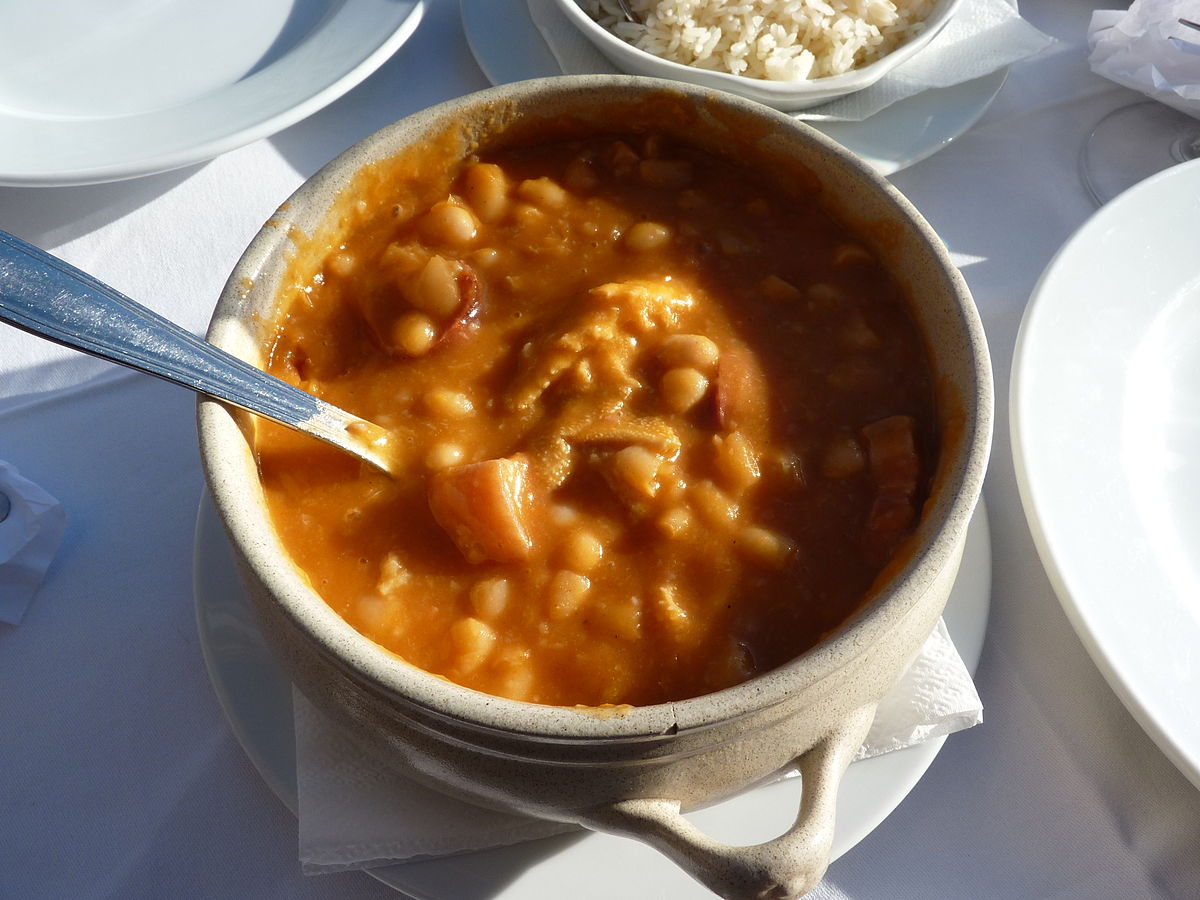 This dish is mostly peculiar because of the combination of ingredients. Fish and banana? The first time I heard that I wasn’t too excited. But my doubts quickly vanished after trying the peixe espado preto com banana in Madeira. The black scabbardfish, elongated and with scary little teeth, is the most important fish on the menu in this archipelago. The combination with the soft and sweet banana really tastes like magic. Madeira grows its own banana, a variety that is slightly smaller than usual. Locals say this banana is also sweeter and tastes better. After eating this dish, I might say they’re right. 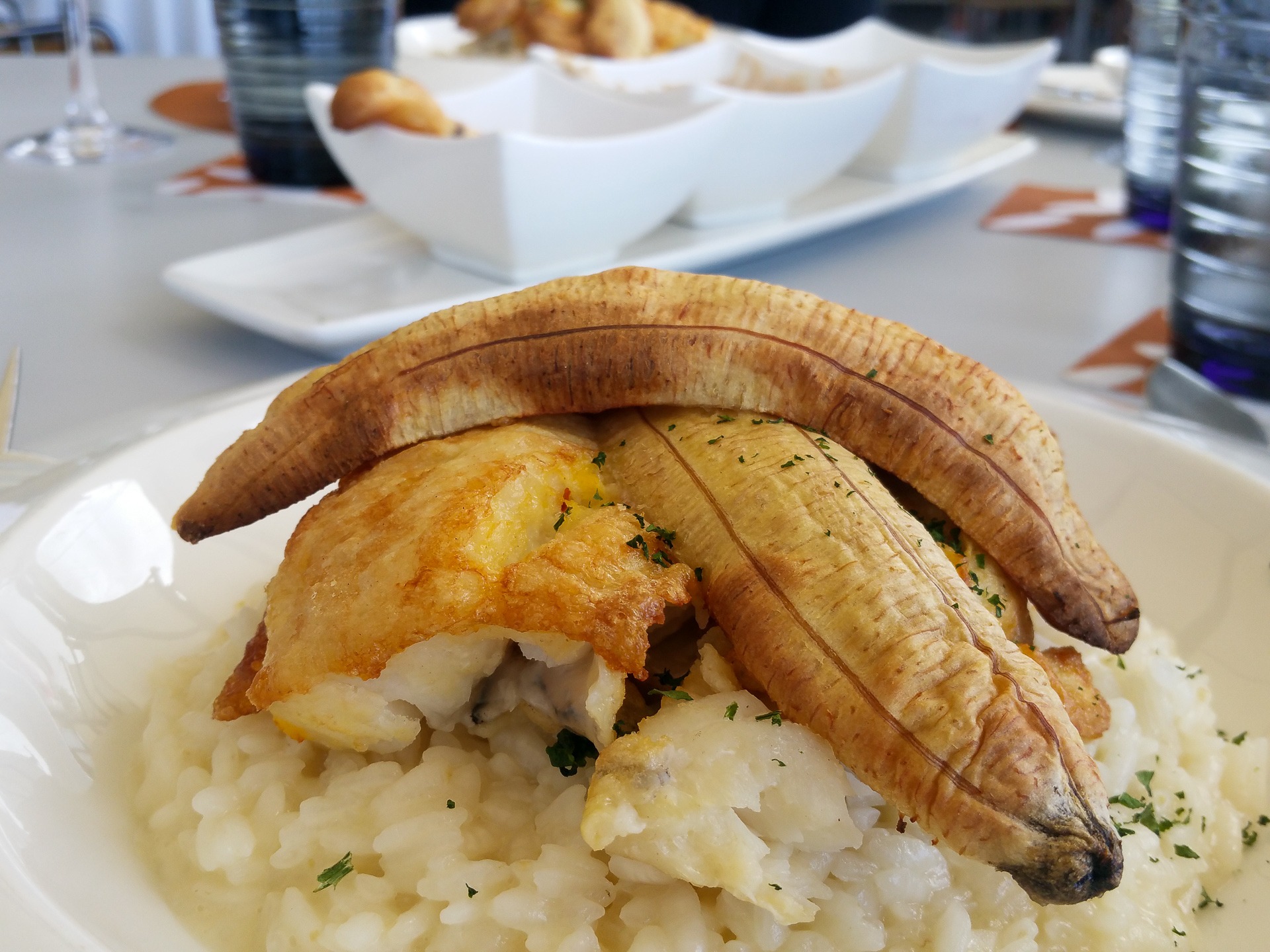 There are many Portuguese desserts I absolutely love, but whenever fios de ovos are used to decorate them I have to pass. The orange egg threads are just too sweet for me. Other people seem to like it though, as hundreds of years ago the Portuguese successfully exported the recipe to Brazil, Japan (keiran somen) and Thailand (foi thong). Find a local pastry shop in Portugal to try for yourself. Like them a lot? Here’s how to make them yourself:

If you want to see more weird food from Portugal watch this video of foreigners tasting some other unusual dishes:

Free art beneath your feet: look down to discover the charming calçada portuguesa 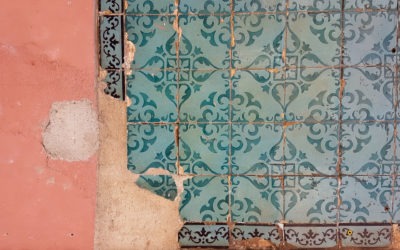 The best places to see azulejos in Portugal

It is it not difficult to find azulejos in Portugal, but a few places stand out for having many, pretty Portuguese tiles to admire. 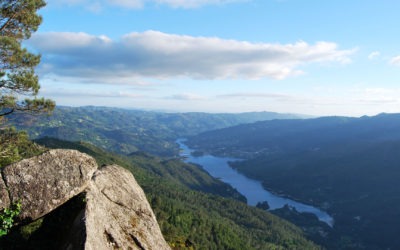 The north of Portugal is overwhelming in nature, tradition and flavours. Don’t miss these highlights.