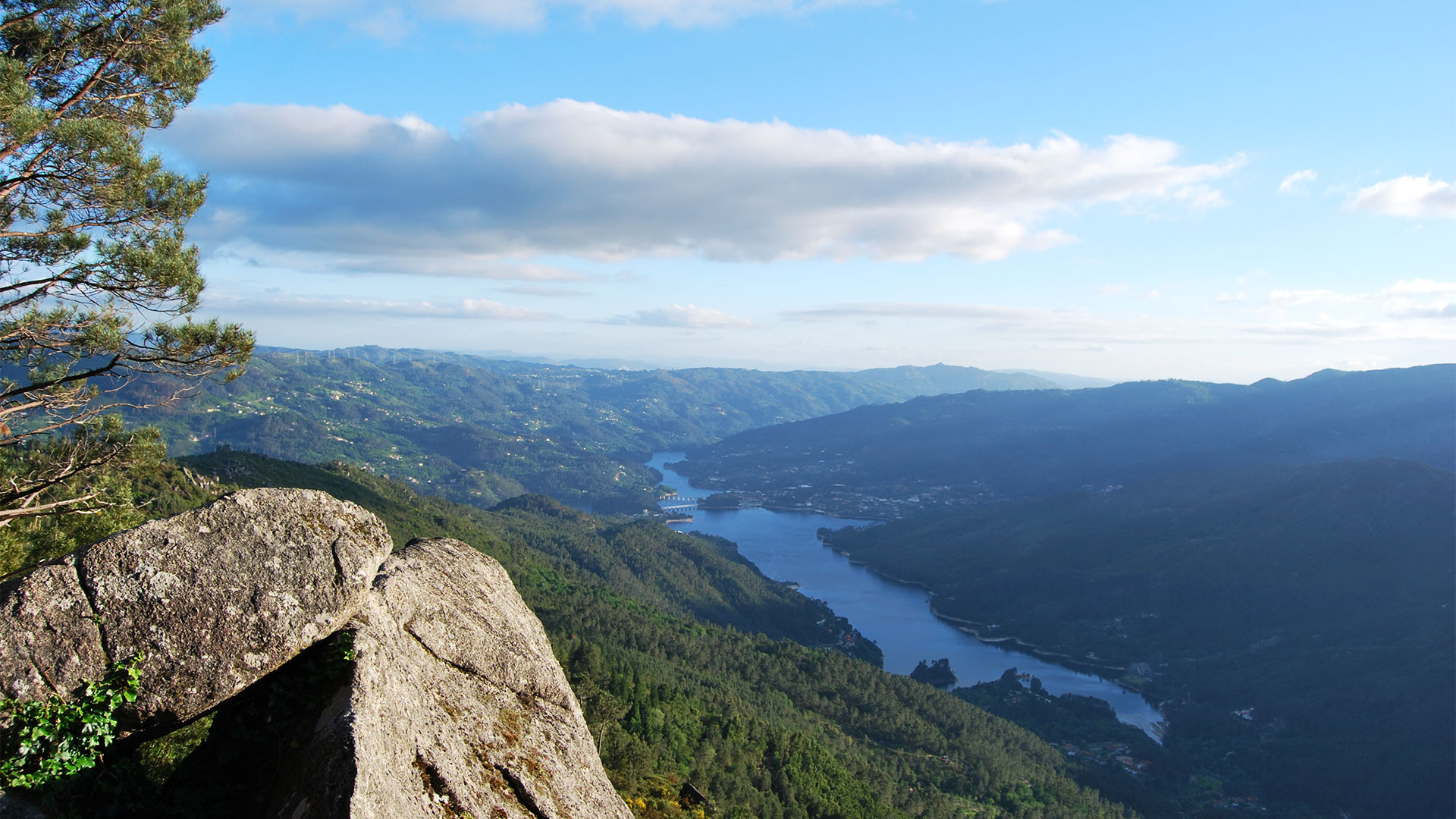 One of the purest and traditional regions of Portugal is the north. Although it’s rather densely populated, nature is overwhelming and impressive in this landscape dominated by rivers and mountains. Northern Portugal makes it easy to escape tourism and get in touch with the locals, both people and animals.

To make a list of highlights is a difficult task as always. Like all other regions of Portugal, there’s much to discover and see. This is my view of what should be on top of your list.

Portugal has only one National Park, called Peneda-Gerês, or simply Gerês. It consists of over 700 square kilometres of beautiful nature, spread around the northern border with Spain. The highest peak is 1340 metres, but there are many more breathtaking viewpoints, as mountains and valleys alternate again and again. 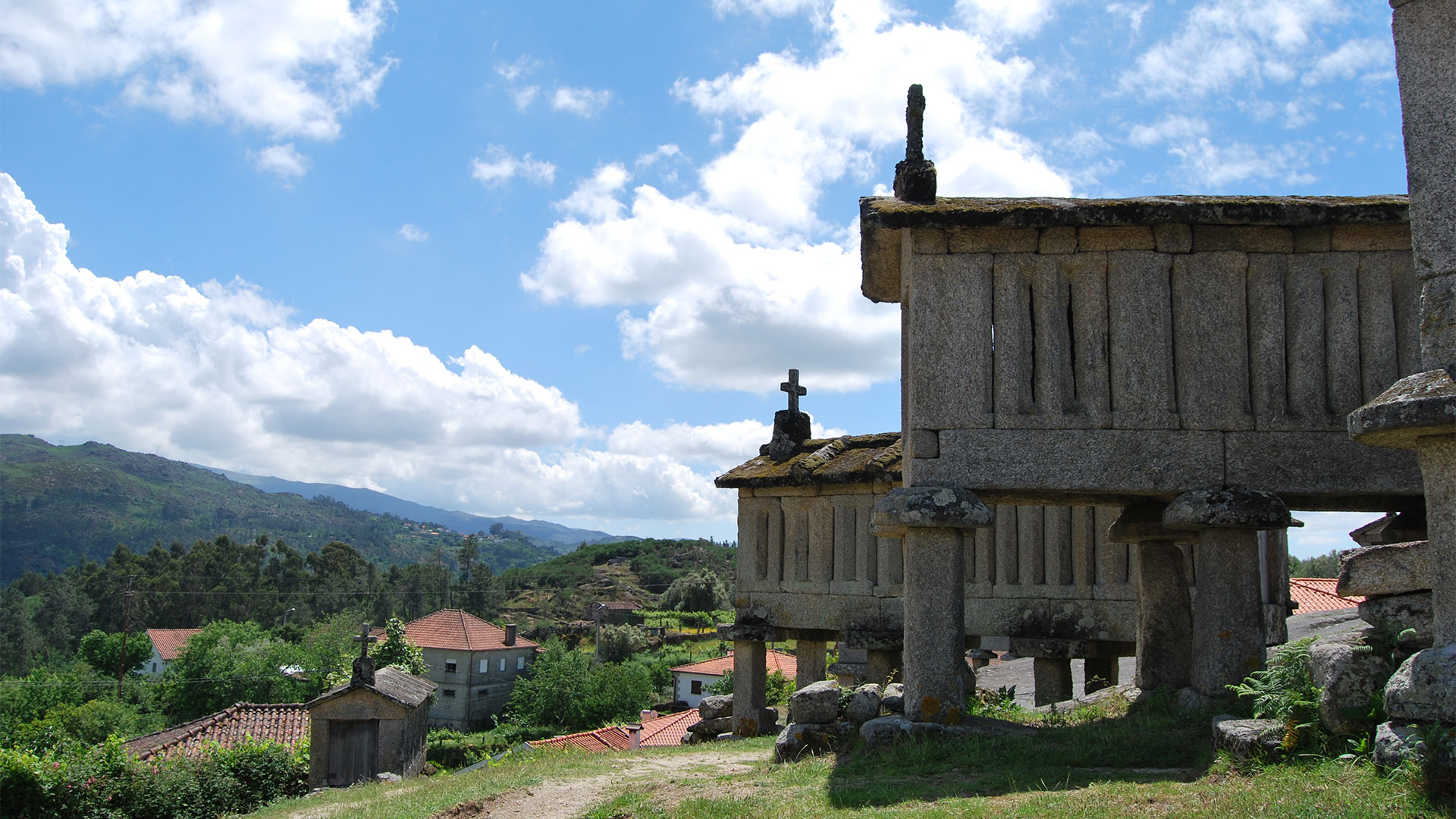 This park is perfect for hiking, climbing, birdwatching and discovering Portuguese heritage. If you’re not the active type you can enjoy it by car just as easy.

Most known and visited in northern Portugal is the city of Porto. Of course you have to go there too, but be aware that it’s welcoming more and more tourists every year. Try to avoid the weekend and search for more hidden gems. Take a stroll in the small streets of Vila Nova da Gaia on the other side of the Douro river or rent a bike to explore the Atlantic Coast with some great seaside terraces. 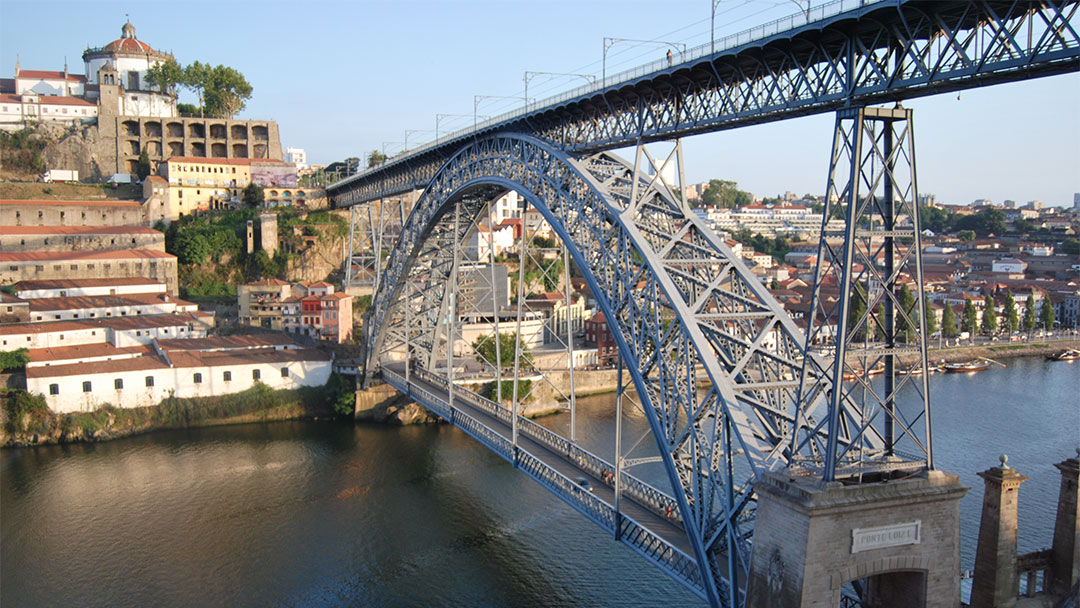 Nothern Portugal is probably most famous for the port wine. Before the bottles reach the port wine caves of Vila Nova da Gaia, the process of making the wine takes place in the Douro Valley. Beautiful terraced vineyards dominate the view on both sides of the river Douro. 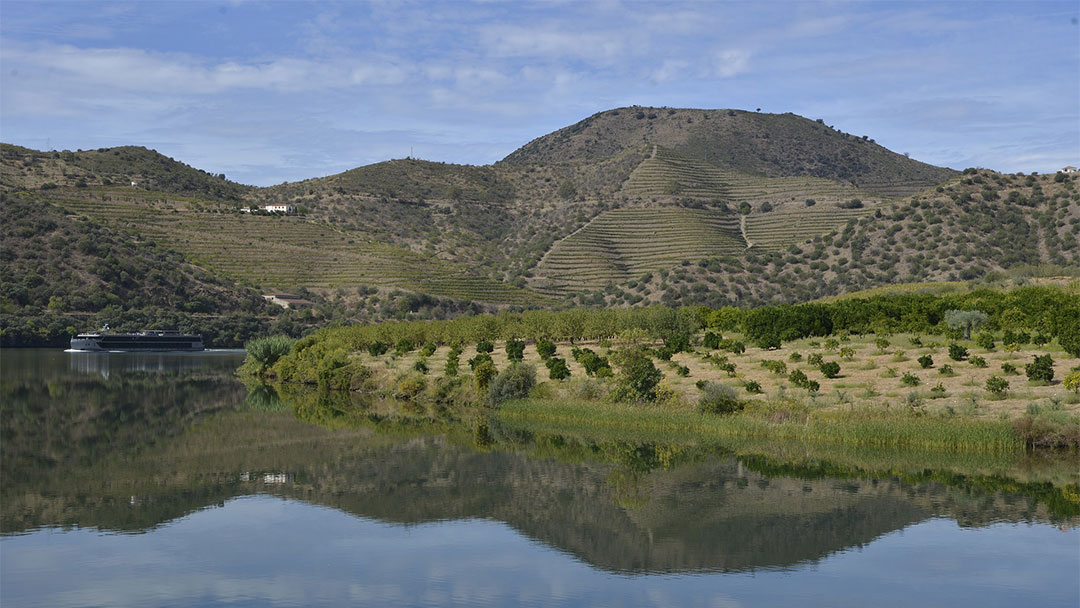 Wine lover or not, you should definitely visit this area for its amazing views and stunning nature. Highlights are the village of Pinhão, the many white washed wine estates spread throughout the valley, taking a cruise on the river and (in spring) see the almond trees in bloom. If you want to know more about the history of the area and the wine making don’t miss the Douro Museum in Peso da Régua.

One of Portugal’s oldest and prettiest towns is Ponte da Lima. As the name suggests, the highlight of this town is the bridge crossing the river Lima. It’s the charm, history and peacefulness that make this a wonderful place to spend the day. Enjoy the sun and the people on one of the fine terraces on the main square, taste the local green wine and walk or cycle along the river. 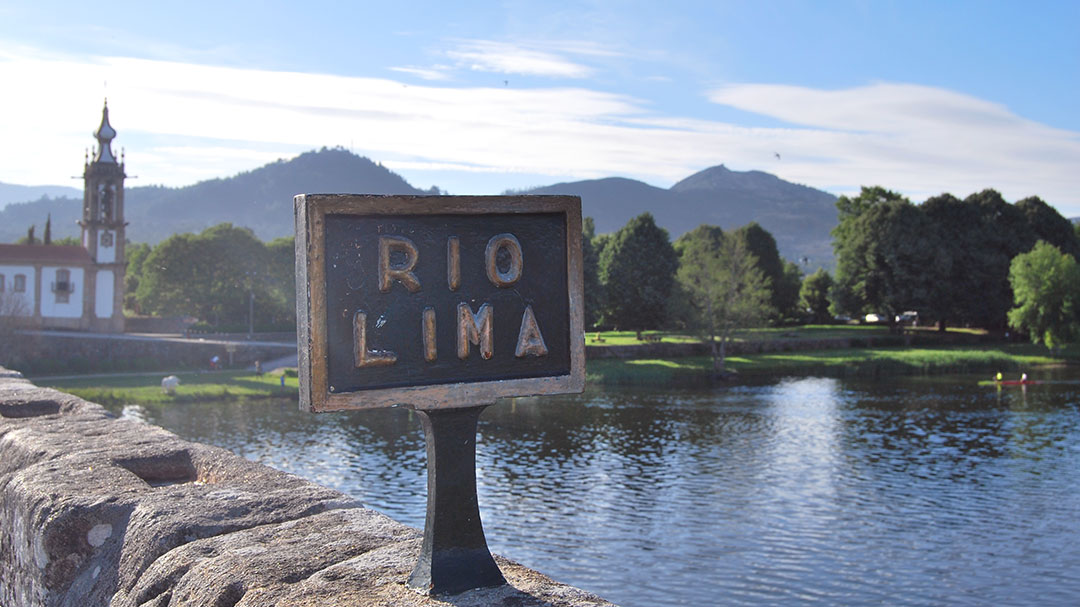 “Aqui nasceu Portugal” – this was where Portugal was born – is the text on one of the old towers in the centre of the city Guimarães. Portugal’s first king, Dom Afonso Henriques, was born here and took power after winning the Battle of São Mamede (1128), close to the city. He united the country by taking up arms against Spanish and Moorish enemies all through Portugal’s territory. 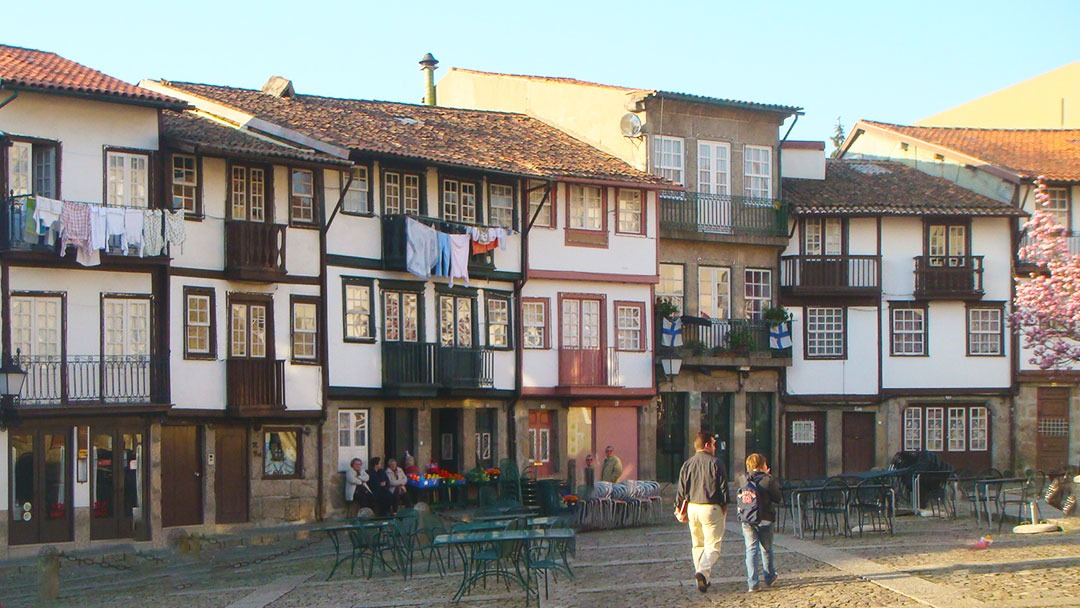 But it is not only this history that makes Guimarães an important place to visit. The city centre is an Unesco World Heritage Site since 2001, thanks to the preservation of medieval construction. It is a city like no other, with a very specific appearance and ambience.

One of the most charming towns of the north is Amarante. It’s officially a city, but only around 10.000 inhabitants live here. The ambience is set around the old arched bridge over the river Tâmega, Ponte de São Gonçalo, and the impressive Convent of São Gonçalo, next to the bridge. You can enjoy the wonderful view in several cafes and restaurants located alongside the Tâmega. 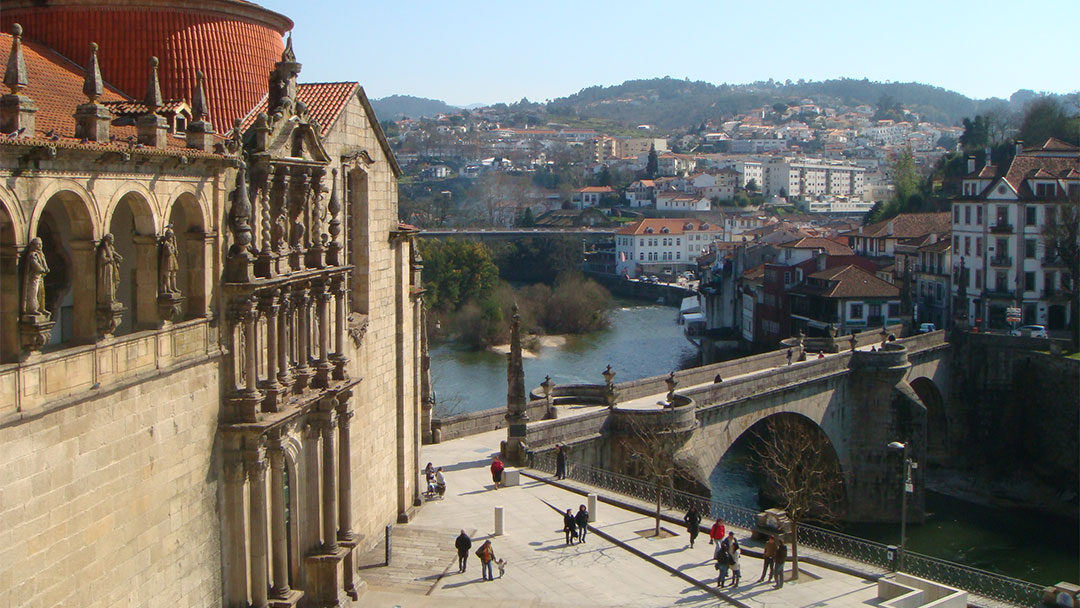 Another important river in the north is Minho river. It has a length of 340 kilometres and separates Portugal from the Spanish region of Galicia. This part of the Alto Minho region is focused on the alvarinho grape, which makes beautiful green wines, as you can taste everywhere. Discover pretty villages and towns, like Caminha, Vila Nova de Cerveira , Valença, Monção and Melgaço. A great way to experience the area is by cycling the Ecopista do Minho, an excellent cycle path leading from Vila Nova de Cerveira to Monção. 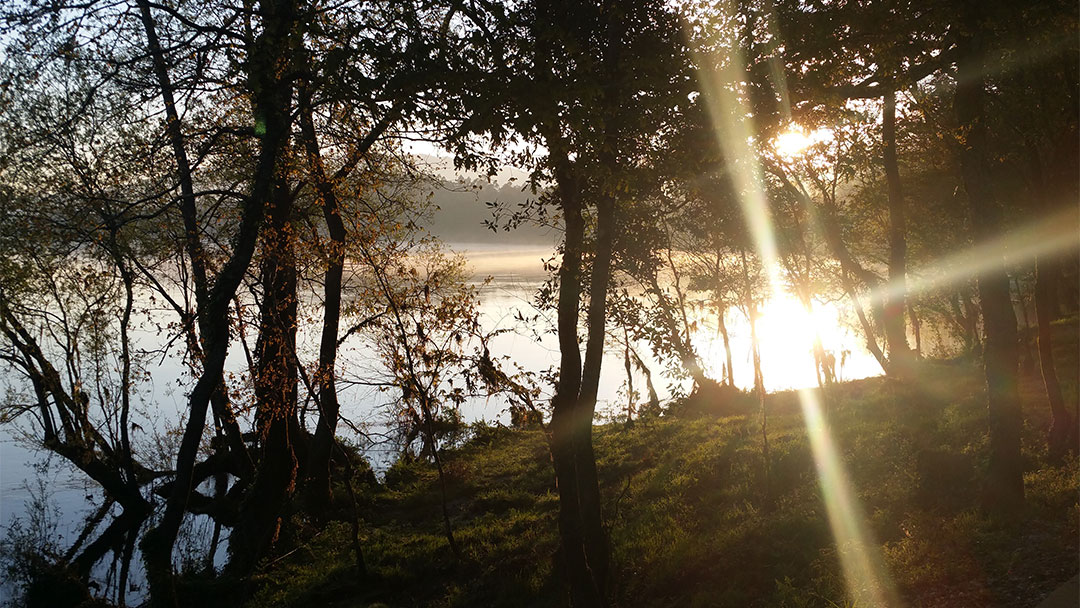 The small city of Lamego is all about the Santuário de Nossa Senhora dos Remédios. Located on top of the hill Monte de Santo Estevão, this sanctuary is impressive for its views, architecture and history. It was a popular destination for pilgrims in previous centuries. As you climb the 686 steps from the Baroque staircase, you can understand why it would be quite an accomplishment (don’t worry, you can also go up by car…). 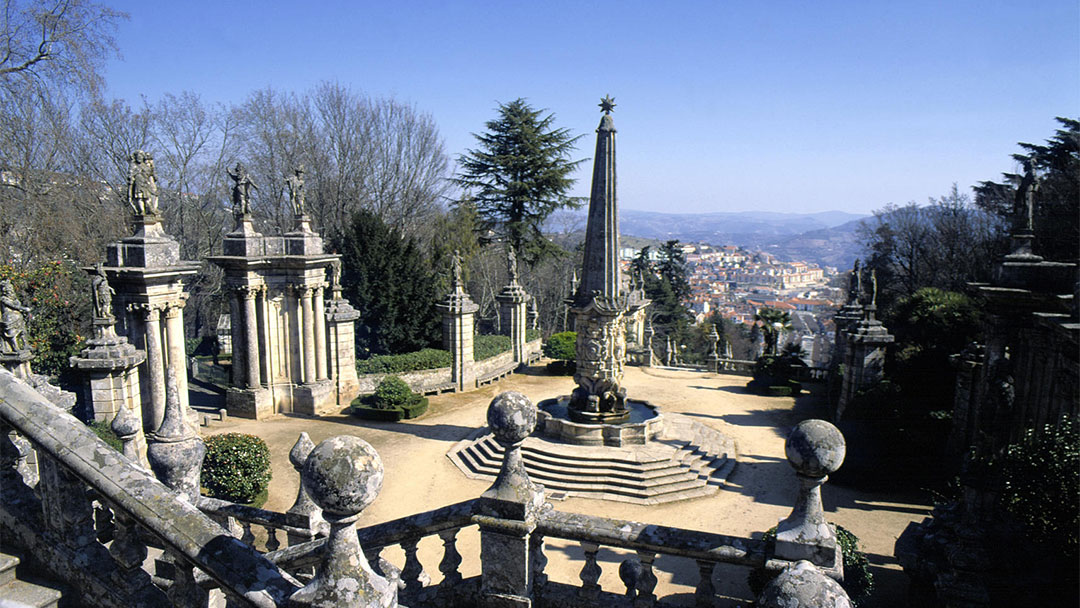 Perhaps it seems a bit weird to mention an entire region as a must-see-place, but my point is that it doesn’t really matter where in Trás-os-Montes you go, as long as you get the vibe of this area. Possibly the most rough and traditional, this is where you go to feel the hard and traditional agricultural life. It’s the place where you will taste powerful, rural flavours in the sausages, breads and olive oils. Where you’ll discover the Celtic influence within Portugal. And, if you come at the right time, will experience very colourful and often unusual festivities. Try cities like Chaves and Bragança or the Montesinho natural park if you’re more into nature. 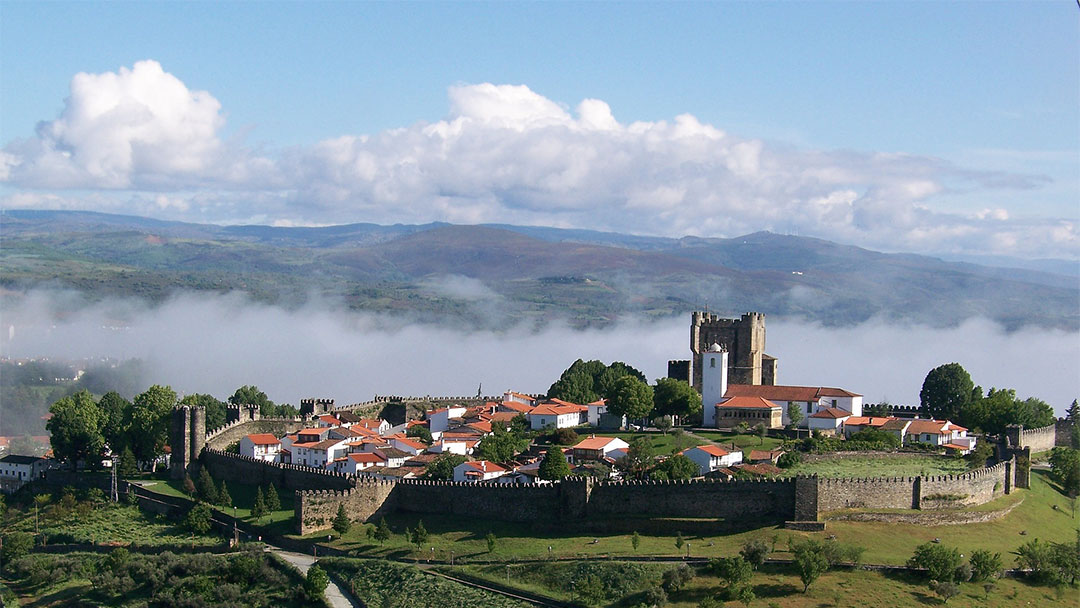 One of Portugal’s oldest and most religious cities is Braga. Many churches welcome you here, with the 12th century cathedral as the absolute highlight. The best time to visit is during Semana Santa, the Holy Week. Impressive processions are held in Braga’s streets both day and night. 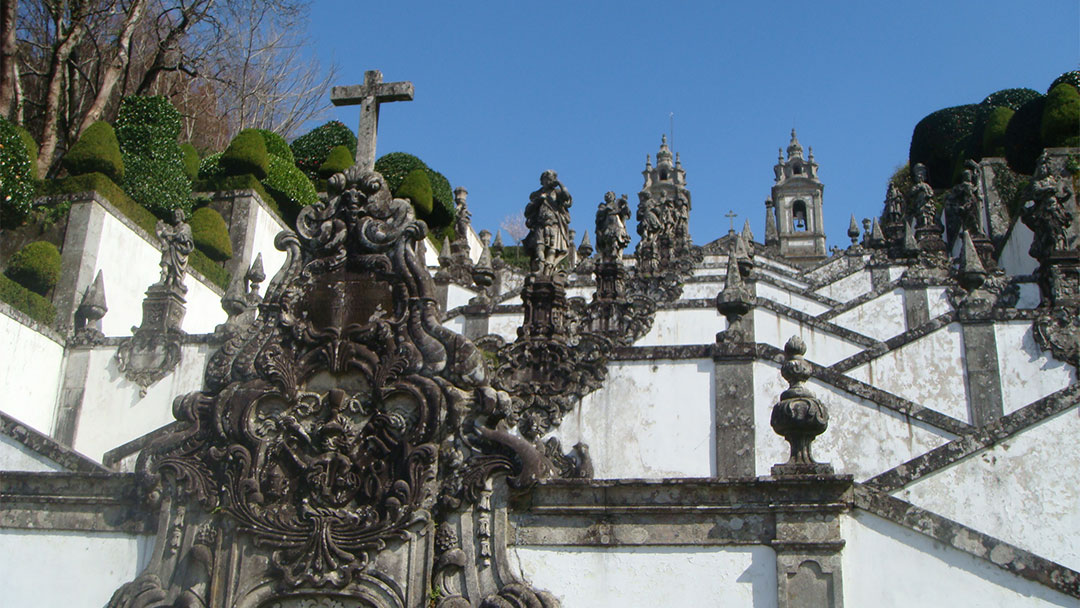 Do not miss the sanctuary of Bom Jesus do Monte either. It’s located a little out of the city, on a hilltop. You can go on foot or by car, but most fun is taking the 19th century vertical tram. The Baroque staircase is beautiful, decorated with fountains, tiles and statues.