Centro, See and do 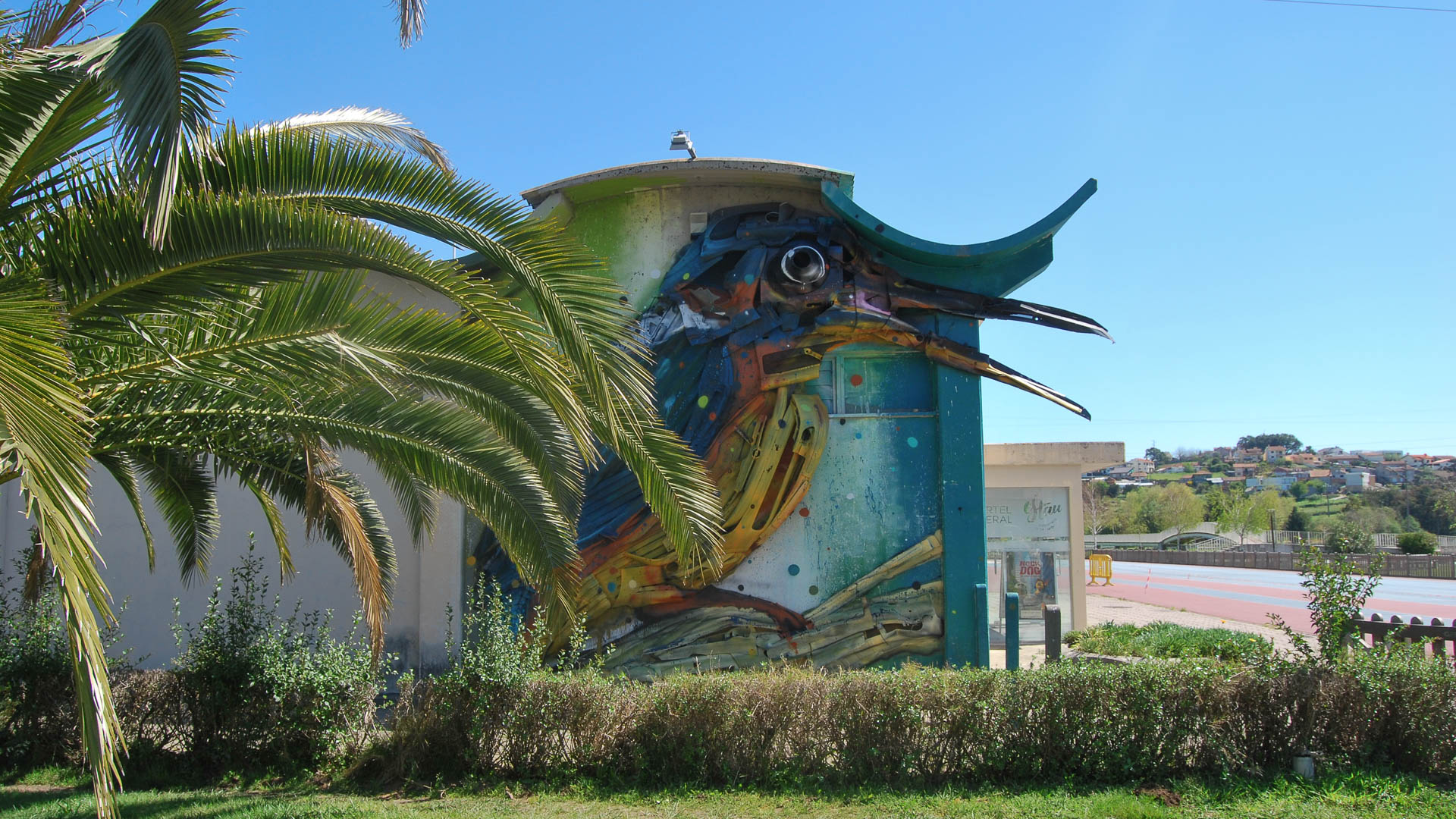 It’s not evident at all for tourists to visit the Portuguese city of Estarreja. Understandable, as it’s hardly mentioned in travel guides. I would nevertheless recommend you to go for one specific reason: the amazing street art.

I have mentioned before that the Portuguese are a creative people. One way in which this shows is in street art. There are many very good, internationally renowned street artists from Portugal, like Bordalo II and Vhils. Their work is so characteristic, you will recognize it immediately, wherever in the world you come across it. You can find both of them, and the work of many more international street artists in Estarreja. 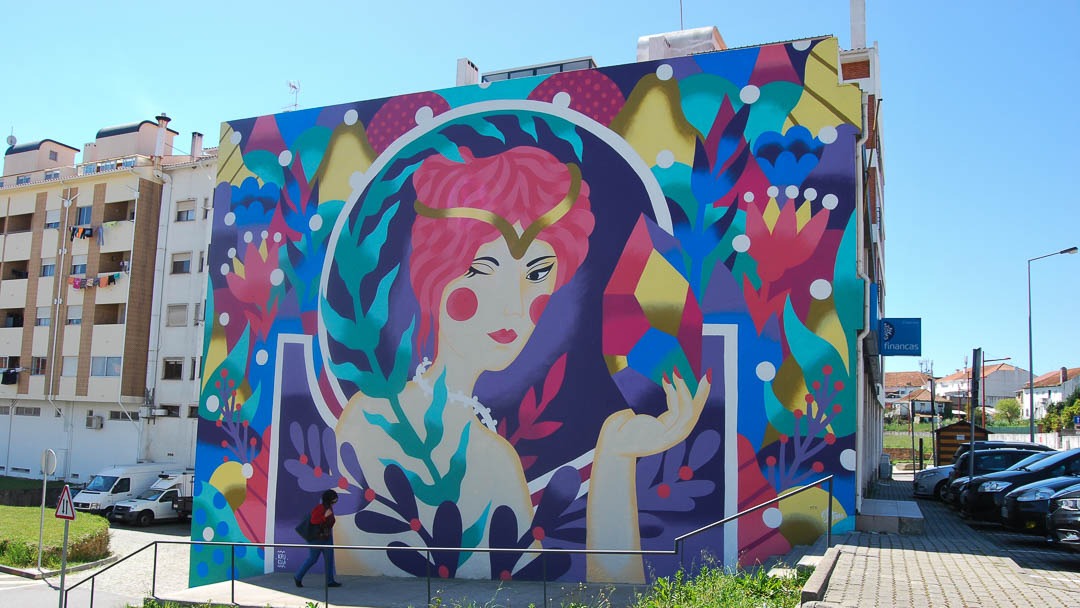 It all began with a colourful kingfisher made out of waste by Bordalo II. He created this “Guarda-rios” for the Birdwatching Fair “ObservaRia” that is held in the region annually. After the success of this giant bird the festival ESTAU came to life. This urban art festival unites the community and the art through the creation of mural paintings and installations, as well as the organisation of workshops, conferences, guided visits and performances.

ESTAU started in 2016, inviting artists like Isaac Cordal from Spain, Argentinean Bosoletti and Portuguese Kruella d’Enfer. I really love the tiny business men in grey suits that Isaac Cordal placed throughout the city. It’s a referral to the people who dominate our society, but not necessarily make it better. Although they are small and apparently invisible, they watch you from everywhere. 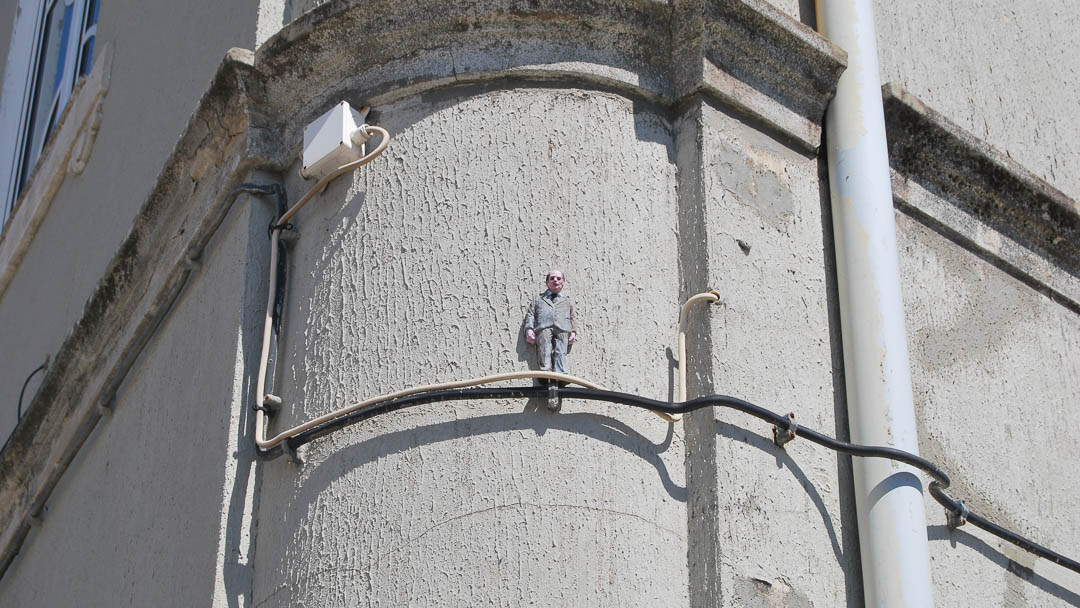 Bosoletti is another one of my favourites, having made huge murals of people, immediately telling a story and evoking emotions. He made two works, one on the back of the Câmara Municipal building and one on Praça de Francisco Barbosa 34. I love Kruella d’Enfer for her explosion of colours and fairy tale style. You can see her work “Diamante” on the Rua Luís de Camões 41.

In the second year the city was coloured with artist like Vhils (he made one of his famous faces on the house on Rua Doutor Dionísio de Mouro 73), Puerto Rican Ana Maria (a beautiful purple heron on the crossing of Rua da Restauração and Rua Doutor Alberto Vidal), and Portuguese AKACORLEONE (bright coloured faces and objects on the Rua Tomaz de Figueiredo 279). Vhils is definitely one of my favourites, not using paint for his art, but carving out pieces of wall to make his drawings. 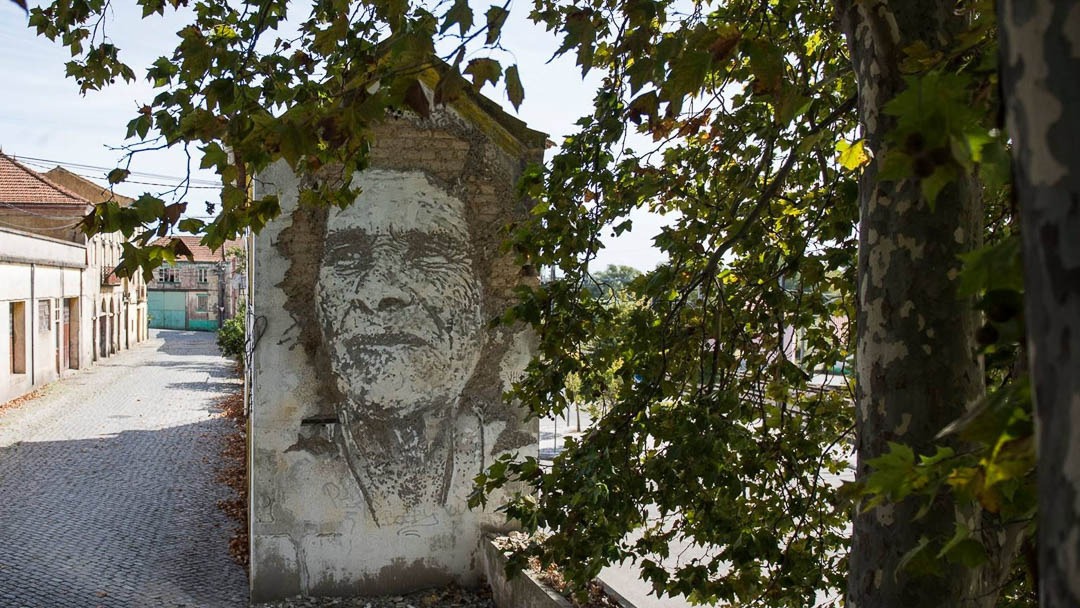 Last year ESTAU’s third edition brought the works of many more artists to Estarreja. The Spanish Spidertag (awesome neon colours), Italian Millo (covering an entire building on Rua Desembargador Correia Teles 188) and Portuguese Add Fuel are a few of their names. Central to the work of Add Fuel is the reinvention of the traditional Portuguese azulejo (mosaic tile). Besides the big mural he made on the EDP building, you will also find his work on three electrical boxes throughout the city. 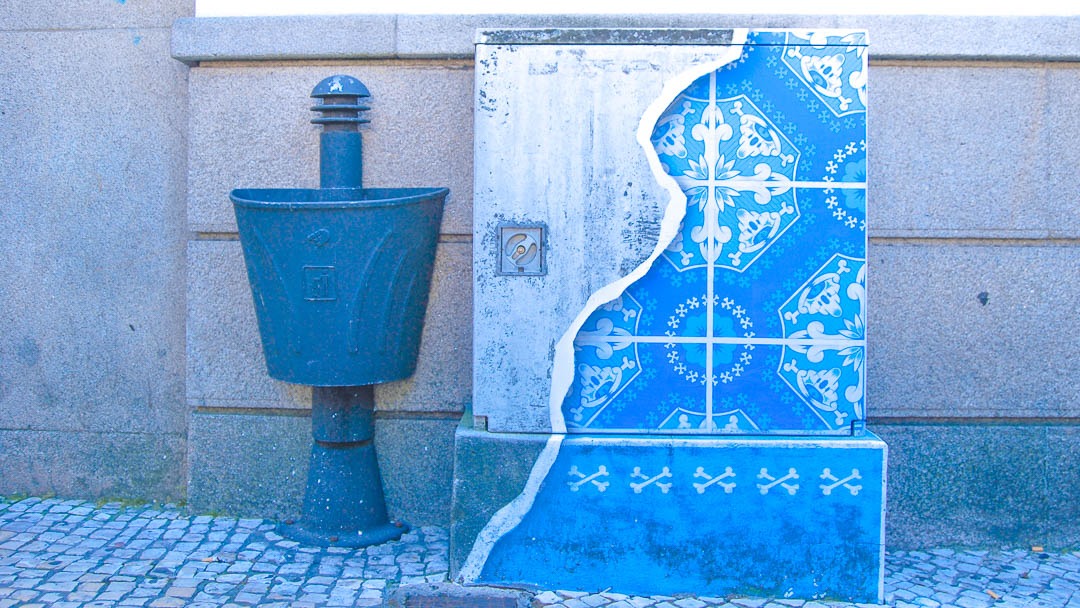 If you wonder the streets of Estarreja you will come across different works, but to not miss your favourites it’s best if you plan a route. On this map you can find all works and where they are located.

Estarreja is a city in the region Centro de Portugal. It lies around 20 kilometres north of the more known city of Aveiro and around 50 kilometres south of Porto.