The stories of Cape St. Vincent in the Algarve 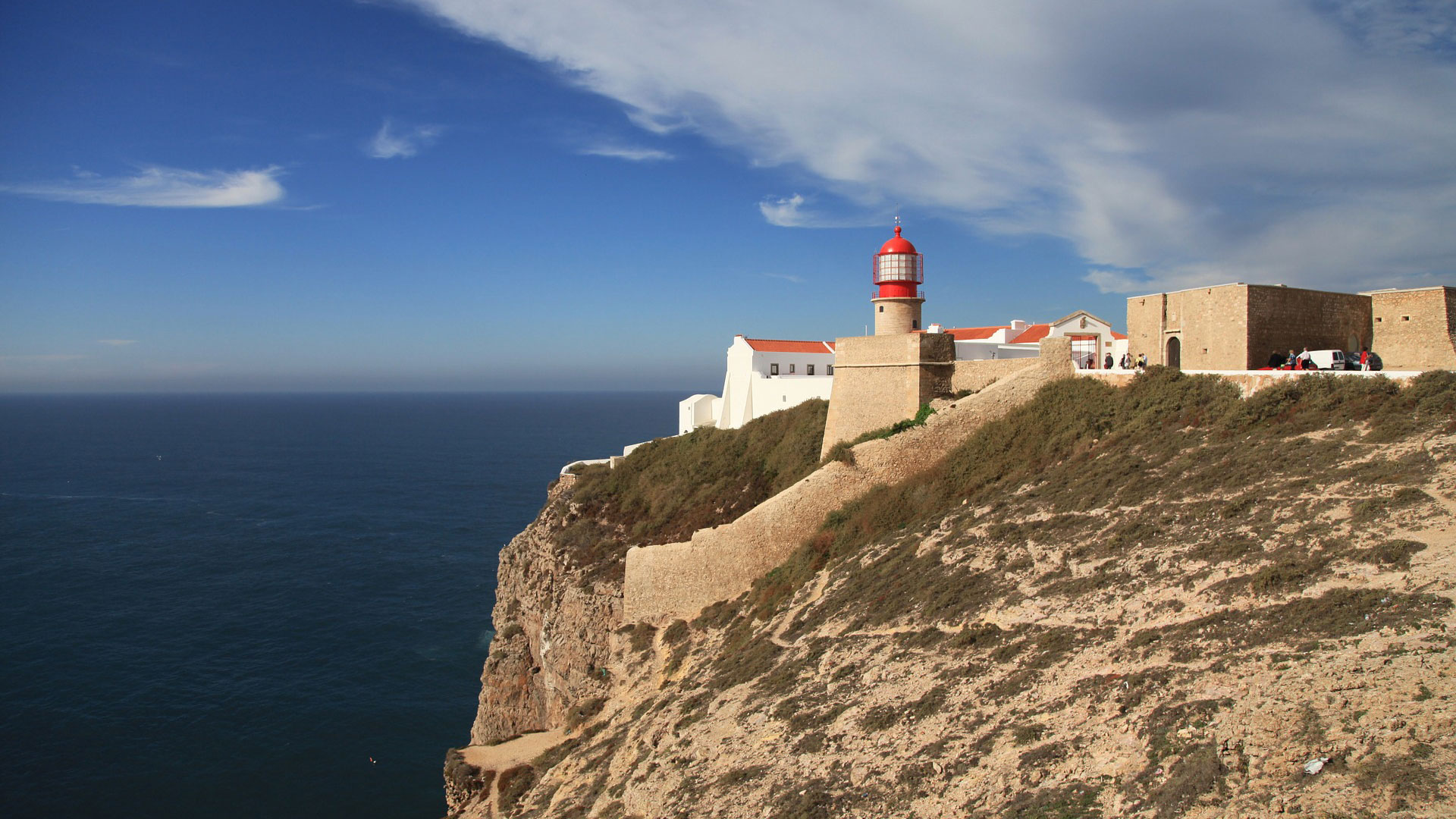 Cape St. Vincent in the Algarve is on every tourist’s bucket list. It’s the highlight of all excursions going to the western Algarve, overwhelming visitors with its beauty. Should you go there or should you avoid this touristy place? Here’s what I think.

The thing with many tourist attractions is that the value lies in understanding what you see. Not just taking the photo everybody makes, but knowing why it is such a special place. Cabo de São Vicente, for me, is more the story behind it than just the pretty cliffs. It is standing there and imagining Portuguese discoverers set sail to unknown worlds. It is watching the birds fly over and thinking back to the legend of Saint Vincent of Saragossa. Being at Cabo de São Vicente is remembering the many naval battles that have been fought here during the Middle Ages. And it is understanding why they call it “the End of the World”.

Yes, you should visit this mystical place. Perhaps not to eat a German sausage (or why not, if you’re hungry) or buy a wool sweater (or why not, if you’re cold), but to live a bit of Portuguese history and storytelling. Not all stories might be facts, but that just adds to the mystery of Cabo de São Vicente.

The facts of Cape St. Vincent

Cabo de São Vicente is part of the Southwest Alentejo and Vicentine Coast Natural Park. It’s the most southwestern point of Europe and the end of the European Coastal Path that runs for 5,000 kilometres, starting in Narva-Jöesuu in Estonia. Another headland nearby is that of Sagres Point, where you’ll find the Sagress Fortress.

The cape’s cliff is most impressive, emerging almost vertically from the Atlantic Ocean. From here you look 75 metres down to the endless, blue water. Fishermen are not scared to throw out there lines here and ships sailing to the Mediterranean use Cabo de São Vicente as a landmark. The lighthouse helps them find their way.

The cape is perfect for birdwatching. You will not only find your ordinary seagull, but also the Bonelli eagle, peregrine falcons, storks and herons nest around these cliffs.

At the end of the headland lies the Farol do Cabo de São Vicente. During the Middle Ages a rudimentary lighthouse protected the Portuguese from attacks. In 1846 it was replaced by a new lighthouse, built in the 16th century Franciscan convent. At that point it was still illuminated by an olive oil lamp. At the end of the same century modernisation of the construction started and in 1926 electricity was used for the first time to light the beacon.

Nowadays the lighthouse of Cape St. Vincent is one of the most powerful in Europe. It has two 1,000 watt lamps that can be seen from up to 60 kilometres distance. You can visit it on Wednesday afternoons. The lighthouse museum is open from Tuesday to Sunday.

The legend of Saint Vincent

Already during Neolithic times this area was considered holy ground. The Ancient Greeks referred to it as Ophiussa, Land of Serpents. The Romans called it Sacrum Promontorium. It was commonly thought that this was where the world ended, which is easy to understand even now. And then there’s the legend of the Ravens of Saint Vincent. Although there are many different ways in which the story is told, this is one of the most common versions:

In 304 AD the Spanish monk Vincent of Saragossa was condemned to death by the Roman governor Dacian. After an horrifying torture, Vincent’s dead body was thrown in the fields, for it to be devoured by wild animals. But a black raven appeared and defended the body. Governor Dacian then ordered the remains of Vincent to be thrown into the sea, tied to a millstone. But the rope broke and the body was taken by the waves.

In the 8th century the remains washed ashore at Cape St. Vincent, again accompanied by ravens. In that time the Algarve was occupied by the Mores, who took the body to a small mosque on the cape, where the ravens kept guarding it. In the north of the country, Portugal’s first king Afonso Henriques heard about the burial of Saint Vincent in the Algarve and decided to take up arms against the Mores. In 1147 he defeated the occupier and transferred the martyr’s body to the cathedral of Lisbon. Ever since, São Vicente is the patron saint of Lisbon and the ravens are still on the city’s coat of arms.

So in conclusion: yes, I think you should visit Cape St. Vincent. It is not only beautiful there, but it tells a great story which is related to the whole country’s history. You might not want to come in a peak hour, but just before sunset. When the sun falls in the sea at the End of the World.

Tip: the Cape St. Vincent is the end point of the walking routes Rota Vicentina. How great would it be to treat yourself on this beautiful spot after walking the southwestern coast?! Click the link to find out more.